There is no mistake that my beloved companion of 11 years is named “Rocky”. Just like his mother he has a real affinity to crystals and an instinctual faith in their healing abilities.

About five years ago, Rocky came down with hemorrhagic gastroenteritis. This is a nasty illness that caused him severe abdominal pain and bleeding. I was unsure if he was going to survive this illness and although he did survive, he continued to have bouts of pancreatitis every 2 to 3 months. The pancreatitis was just as painful as the previous condition and he suffered terribly with these agonizing attacks. He would usually wake up in the middle of the night in excruciating pain which was usually followed by vomiting. The medication he was prescribed had awful side effects and frankly didn’t work very well.

I made it my mission to find a holistic way to deal with his disease. The first step was my finding a wonderful holistic vet who has been there with us on this five year journey. We have changed his diet and he takes about as many supplements as I do, and my friends would tell you that is a lot…

I drink crystal water. What I mean by that is I place crystals in my water bottle. Before you decide to do that be sure to check which crystals are safe to add to water. So I decided to put crystals in Rocky’s water too. Of course, he only drinks alkaline water like his mother. Can you tell that I am a health nut? At least that is what my friends and family think. I also started to put crystal elixirs in his food.

I always knew that Rocky had an affinity to lying next to the crystals, I just had no idea how much he was getting from them.Then one day he had the worst recurrence of pancreatitis yet. He was in so much pain that he went outside in 30 degree Fahrenheit weather at 3:00am and tried to dig and hole and crawl in it to die. I am an energy healer and worked on him for a while and then what he did next amazed me. He walked over to a huge piece of Selenite I had in the corner of the room and draped himself on it. He seemed more comfortable than he had been all day. Good thing I am in the crystal business! I placed our Selenite Healing wands in all his beds. I also glued Selenite to his harness along with several other crystals that help him.

My little guy is doing so much better. I am not attributing his excellent health to crystal therapy only, however it is a big part of a comprehensive health regime that we follow with great dedication. 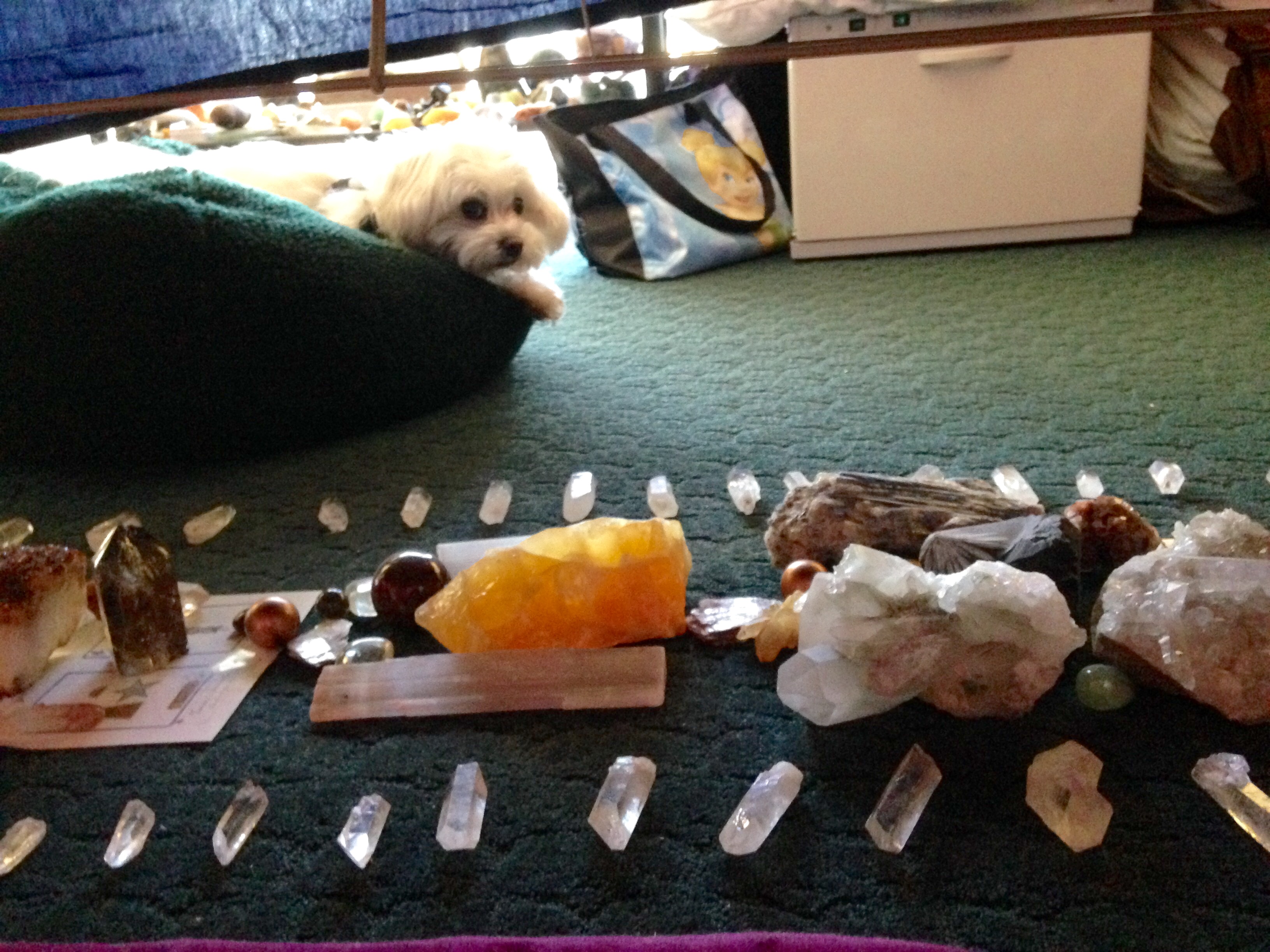 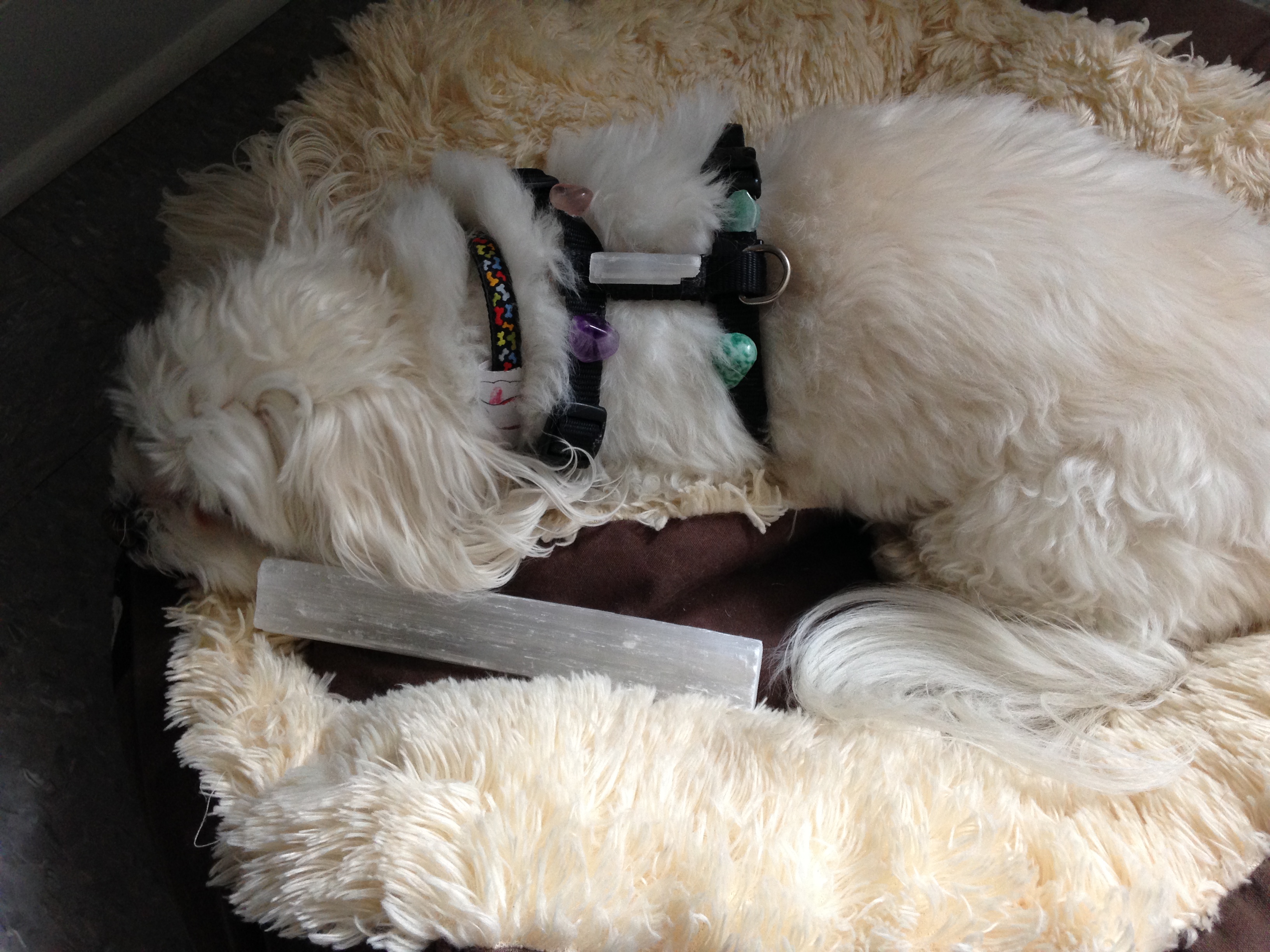